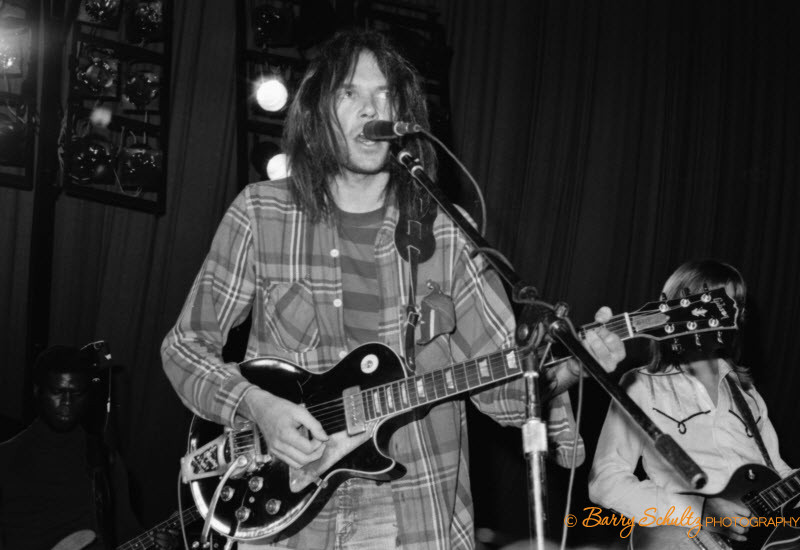 Neil Young is touring Europe at the moment and will be coming to Amsterdam on Wednesday, July 10th. The man is 73 years old! I don’t know how he does it.

I’ve always loved his music, and think he’s a great artist. He was such a great addition to Crosby, Stills and Nash. I think when he joins in it totally changes their sound! For the better, that is.

As some of you will know, Neil Young knew Stephen Stills from the group Buffalo Springfield and the collaborations Neil Young has had with others have always been on and off. Oh, artist; a headstrong bunch.

Luckily, Neil’s contract gave him enough room to pursue other projects as well and no matter what collective he is in, or whether he works on a solo project, I think he’s a musical hero.

Watch Rockin’ in the free world on SNL

The last year that I lived in L.A., I was just married to my beautiful wife and we had our first baby there. When she was 6 weeks old, we had my good friend and fantastic journalist Constant Meijers sleeping on our couch! We did a lot of gigs together over the course of the few weeks that he was in L.A.

Constant was very close to Neil. I remember him going out to Neil’s ranch and coming back telling me this story that sometimes Neil wouldn’t talk for months at a time to spare his voice.

Should I go to the concert on Wednesday? I’m sure I won’t be the only old fogey in the audience.

I wonder if he’ll bring anyone else on to the stage. On the 27th of June, 2009 (my daughter’s birthday!), he sang A Day in the Life by the Beatles and made it totally his own. And guess what? Then Paul McCartney joined him on stage! I wouldn’t wanna miss that.

I’ve gone to see Paul McCartney a few times now, but unfortunately, I never got to photograph him.

I’m glad I got some good pictures of Neil Young though, solo on stage, with Stephen Stills and Flo & Eddy, and by himself in the catacombs of the venue where he was doing the concert.

Even though he may be an old man now, he’s still rockin’ it!