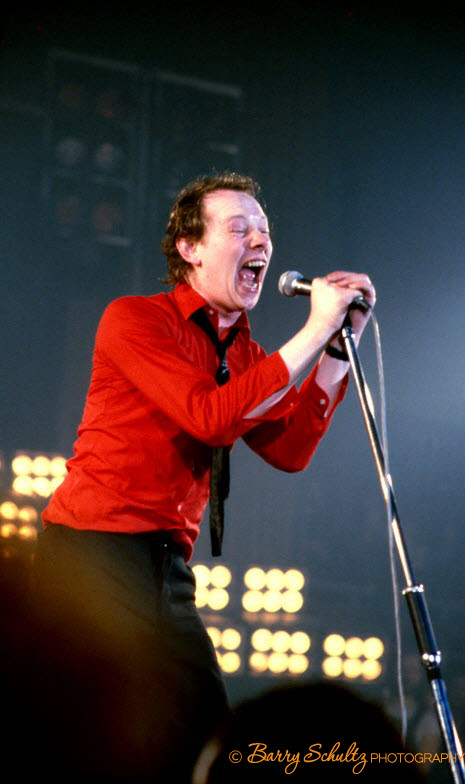 Joe Jackson, what a nice guy. And he’s still rocking!
Back in 1979, I photographed him during the soundcheck for his concert at the Paradiso in Amsterdam, Holland. He had a gigantic hit back then, called “Is She Really Going Out With Him?” You may just have heard of it!

After the soundcheck, Joe and I were talking and we started strolling the streets of Amsterdam. It was a beautiful, sunny day and he wanted to walk around. He likes the beer, so we went to a café for a pint, or two.

It was a very pleasant and relaxing time, just the two of us. I really enjoyed showing him around my, then, new hometown.

The concert itself, later that night, was incredible! Very explosive and high-energy. The crowd was very enthusiastic! As was I; what a great show!

Soon, exactly 40 years later, Joe Jackson is coming back to the Paradiso, on April 7, 2019. It’s already sold out! Too bad I won’t be able to go to the show. But hey, maybe I’ll hang around outside to see if Joe would like to grab another beer with me. You never know!

and don’t you just love this song?