In 1975 Dutch journalist Constant Meijers slept on my couch in LA for six weeks. He used me as his photographer for his magazine OOR. We did interviews, sound-checks, concerts, parties, and more in those intense six weeks. The Dutch had a knack for finding great American acts before they made it big on their own soil. One of the acts I was taken to see was Tom Waits.

He was staying at The Tropicana, a cheap motel in Hollywood where he hung out in their coffee shop, Duke’s Place. So that’s where we did the interview. He was a real beatnik, a rejection of the laid-back California scene and a welcome alternative to the commercial singers and bands of the time. Afterward, we went to his midnight show at The Troubadour club in Hollywood.

His voice was so raspy and worn I barely understood what he was singing but I did find him to be quite insightful and funny. It was a great show with him at the piano, chain-smoking all the while. 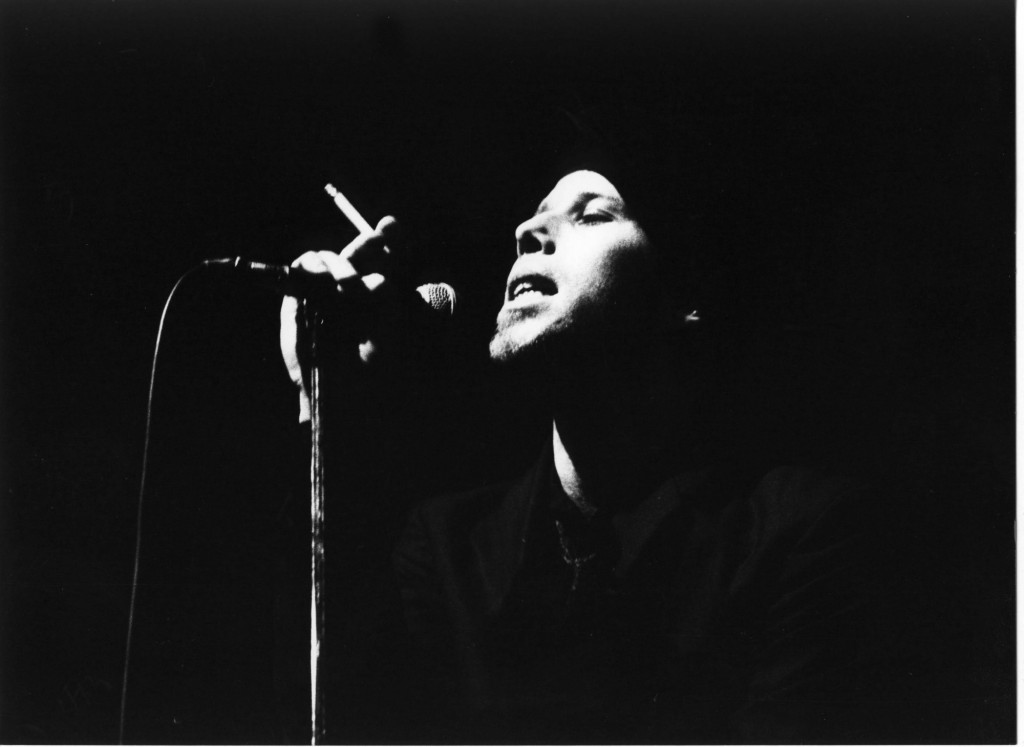 Later on, I was fortunate enough to photograph him again at the Hotel Wiechmann in Amsterdam, just down the street from the Anne Frank house. I was very pleased with my shots as he was and is an excellent subject to photograph. He went on to become an alternative megastar with a devoted fan base and work extending into film scores and even acting.

I certainly hope I can see him again in Amsterdam, even if I don’t understand what he’s saying.

The rest of my Tom Waits photographs can be found here.