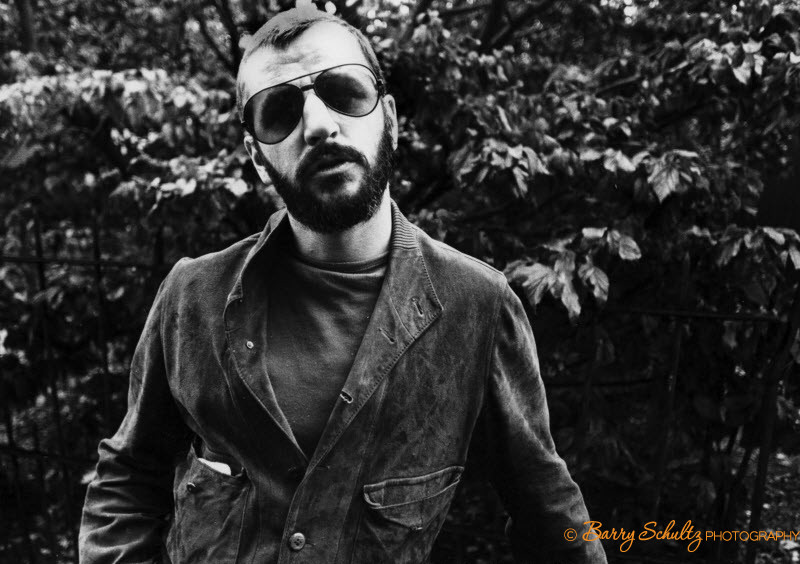 In 1975, I was at The Roxy in Los Angeles seeing the Tubes. They had an unusual stage show and a lot of celebrities were in the crowd to see it. Amongst them were Ringo Starr and his drinking buddy Harry Nilsson. After the show, the crowd shuffled through the exit while the VIPs were whisked into the notorious upstairs bar, ‘On the Rox’. I slipped in with them and found myself upstairs, I couldn’t believe it! Ringo and Harry started singing at the piano and being a Beatles fanatic I couldn’t resist the temptation to ask for a photograph of the two of them. In retrospect, I knew I shouldn’t have but I was too excited. Ringo and Harry had been drinking and the request was met with an angry response.

A few years later in 1979, Ringo was in the Netherlands on a press junket. Dozens of magazines and publications were bidding for time with the former Beatle and due to his high demand, his management decided to add an extra day to the junket and split it in two. The only catch was, each publication was only allowed to meet him once for a one-on-one meeting. So the first day I got a private photoshoot with Ringo. His manager told me he gets bored having his picture taken and suggested I get him a prop of some kind. It had been raining so I grabbed an umbrella from somewhere and started taking pictures. And boy was his manager right, Ringo started playing with the umbrella the moment I gave it to him and I was able to get some great playful photos of him. 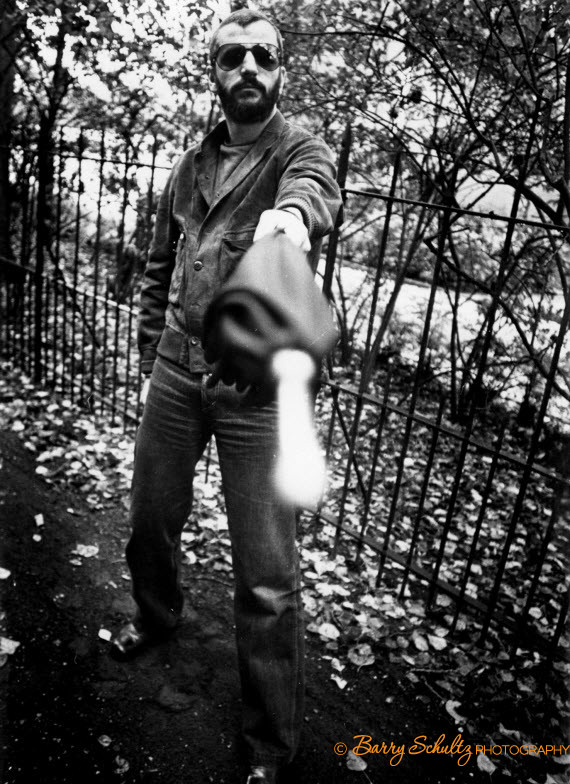 The second day another magazine asked me to photograph him in his hotel. I entered with other photographers and journalists with my vintage Beatles lunch pail but Ringo recognized me and started chastising me for breaking the ‘one and done’ rule. “Get out of here!” he shouted at me. I explained I was a freelancer and was working for a different magazine. He settled down and actually became quite friendly. I guess my star-struck demeanor was obvious and maybe a little endearing to him. 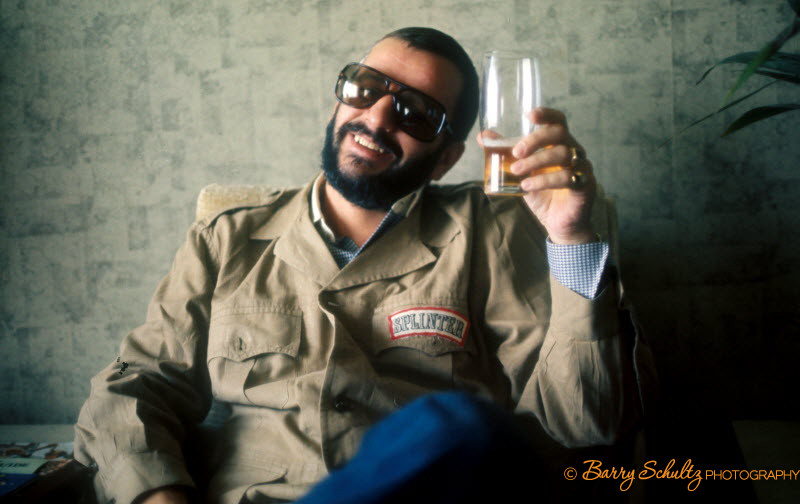 After the shoot, I asked if he would sign my lunch pail, which was adorned with the Fab Four’s faces and ‘autographs’. “These aren’t our autographs! None of us sign our names like this.’  I stuck a blank label over his false autograph and he replaced it with the real thing. Ringo Starr had signed my Beatles memorabilia. I was dumbstruck and ecstatic. And I still have it to this day. 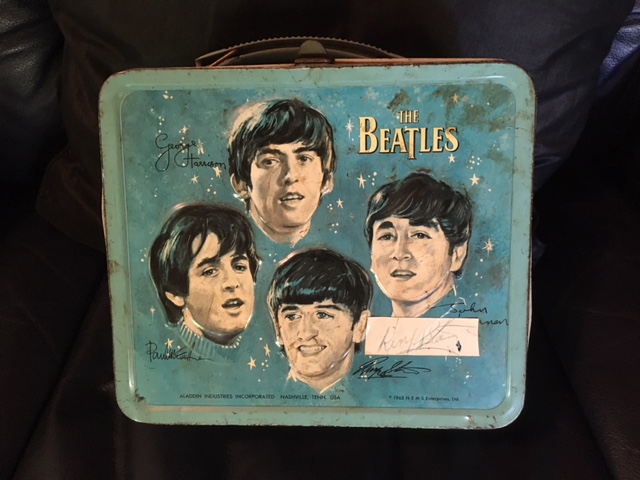 You can see Ringo and his All-Starr Band perform June 8th at the Holland International Blues Festival in Grolloo.