I was driving around in Hilversum, Holland (The Netherlands) one day in 1977 and heard Elvis Costello performing live on the local radio.

When they mentioned where this live program was taking place, I drove over to the studio, which was actually a barn with a small audience.

I waited outside for him to exit the building to a waiting car.

Between the stage door and the car, Mr Costello was kind enough to pose for some photos for a few minutes.

CD’s and an upcoming book cover. He will give a concert here in Amsterdam on October 22, 2014.

This recent cd is titled Live in Germany 1978 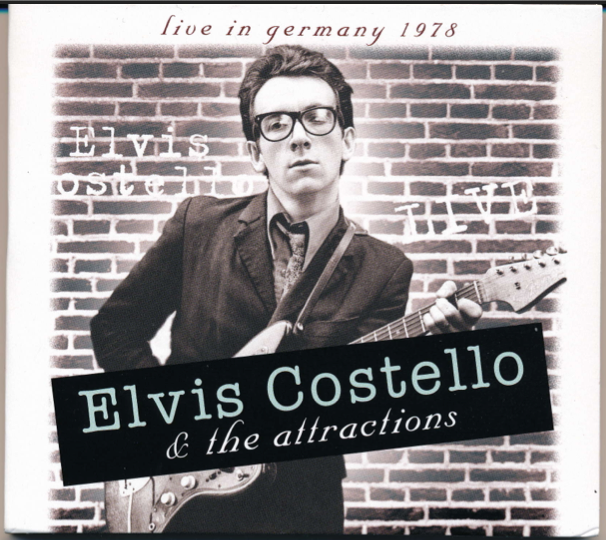 Elvis Costello CD
Artwork Elian
Top! THIS WEBSITE IS TO SHOW MY MUSIC PHOTOGRAPHY, THAT I MADE IN THE '70s, TO MEDIA BUYERS AND PRINT COLLECTORS -﻿﻿﻿﻿﻿﻿☼- Design & advice by www.SureConnection.nl -☼- All photos copyright Barry Schultz 2020