This photo of David Bowie wearing an eyepatch was made at Hilversum, Holland’s TOP POP television studios in 1974, during a playback taping of the song Rebel Rebel in 1974.

This photo of David Bowie was recently used on a t-shirt  by a major US clothing company. The choice of this photo was made by David Bowie’s management. 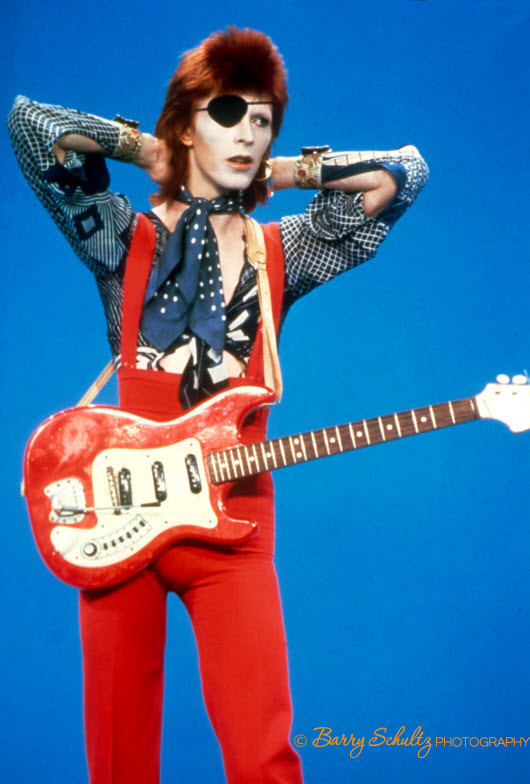