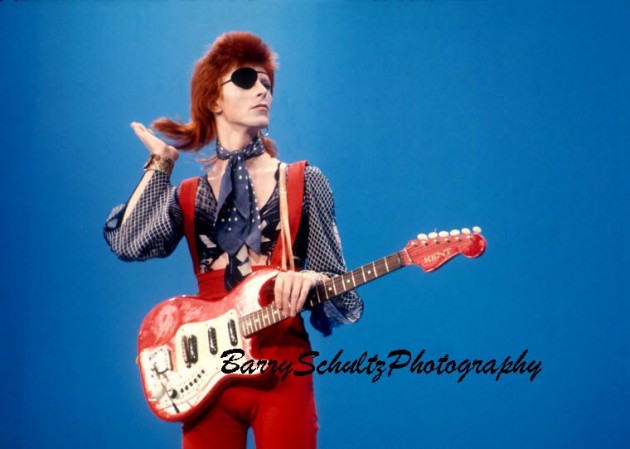 This picture of David Bowie that I shot in 1974 has now become an icon and an internet meme.

Many people around the globe have seen it in magazines, newspapers, books, on television, and on their computer.

But it almost never got made…

After I moved from L.A. to Holland, my very first shoot of an international popstar was with David Bowie.

He was at the TopPop TV studios in Hilversum to perform his new single ‘Rebel Rebel’.

He was running so late that the camera operators at the TV studio were ready to go home.

They were talked into staying-on just a little bit longer, getting paid overtime.

Thankfully that convinced them to stick around and the show could go on!

Bowie’s red suit and red guitar really stood out against the blue background.

I’ve always loved the colors in this picture. And the eye patch added to his mystery.

Now, the picture is being shown at an exhibition by the Morrison Hotel Gallery, that I’m proud to be represented by.

This exhibition presents the best pictures of Bowie, and man, am I happy to be part of that. 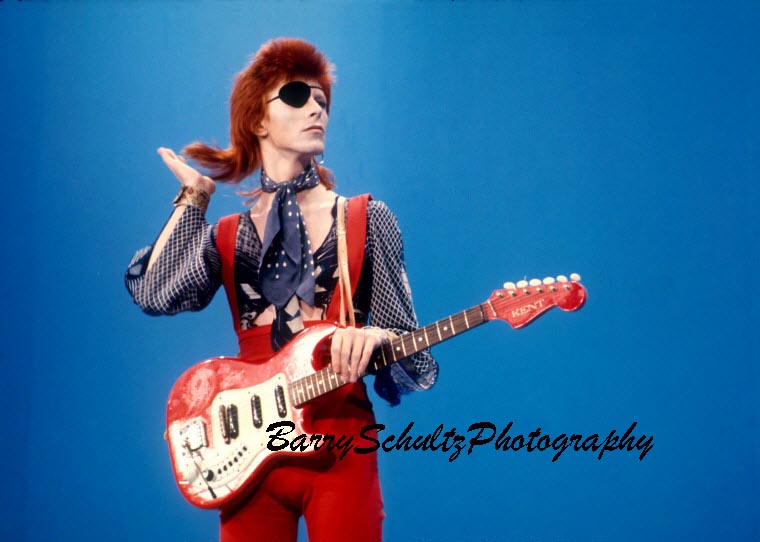