My photo of The Rolling Stones used on the cover of Dutch Photographer Magazine with my interview.

This is my favorite photo of the many I have done over the years of The Stones. I went to one of their concerts in 1971 in Hollywood with Steve Wonder as the opening act. The next year I was off to Europe where I lucked into being able to photograph their concerts while on tour with them during their GOAT’S HEAD SOUP TOUR. I photographed them in Munich and Rotterdam. My first published photo was of Mick Jagger in a Dutch music magazine. I also met Mick Jagger some years later when he joined Peter Tosh at Pinkpop in 1979 where it looked like Jagger might perform with Tosh, but in the end decided not to, which was for many very disappointing. But later that evening I was invited by EMI record company to be the only photographer to take a picture of Mick Jagger handing Peter Tosh a gold record for sales of their single together. This was done after dinner in a Chinese restaurant in Maastricht. While Jagger was having dinner I leaned-in over his shoulder and asked him to please sign the photo I took of him that was printed in a book. He borrowed a pen from someone and half signed his signature appearing to be suffering from a bad case of jet-lag. 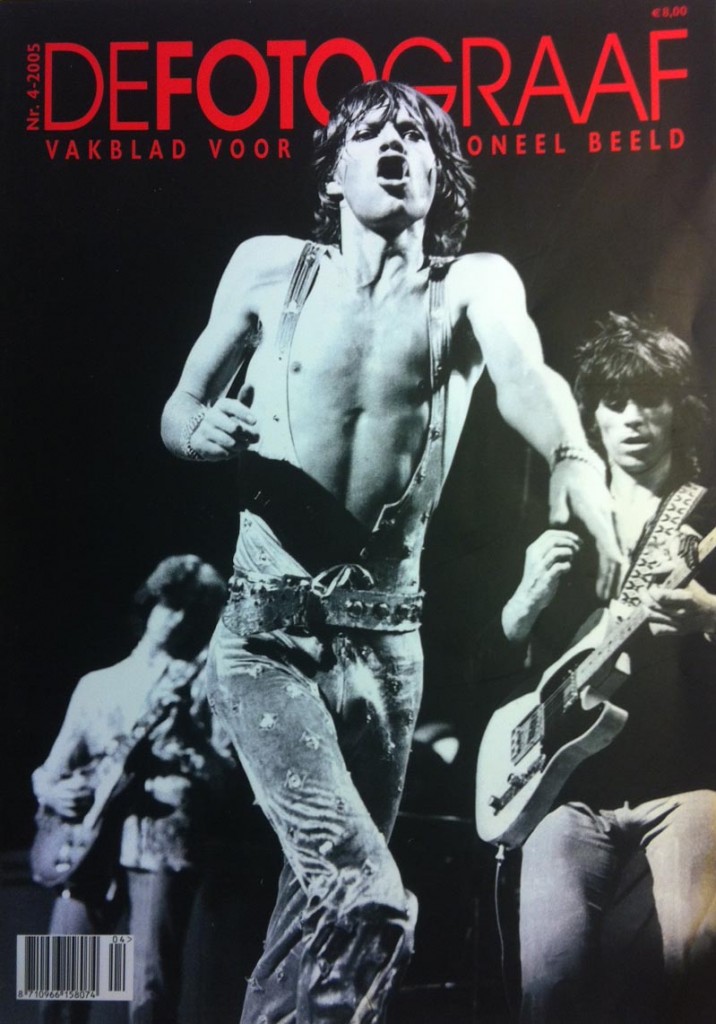