History of The Eagles DVD

History of The Eagles DVD

Glenn Frey and Don Henley of The Eagles.
This photo was made during an interview with Constant Meijers for Dutch music magazine Muziekkrant Oor at Don’s rented home in Los Angeles in 1975.

I have withheld this photo from publication for many years.

Recently it was used in the 2013 released documentary HISTORY OF THE EAGLES by director Alison Ellwood.

Just before the photo appears in the film, Don Henley says straight into the camera, “We did a lot of crazy things back then. We did a lot of drugs”.

So this photo was used with their approval almost 40 years later! 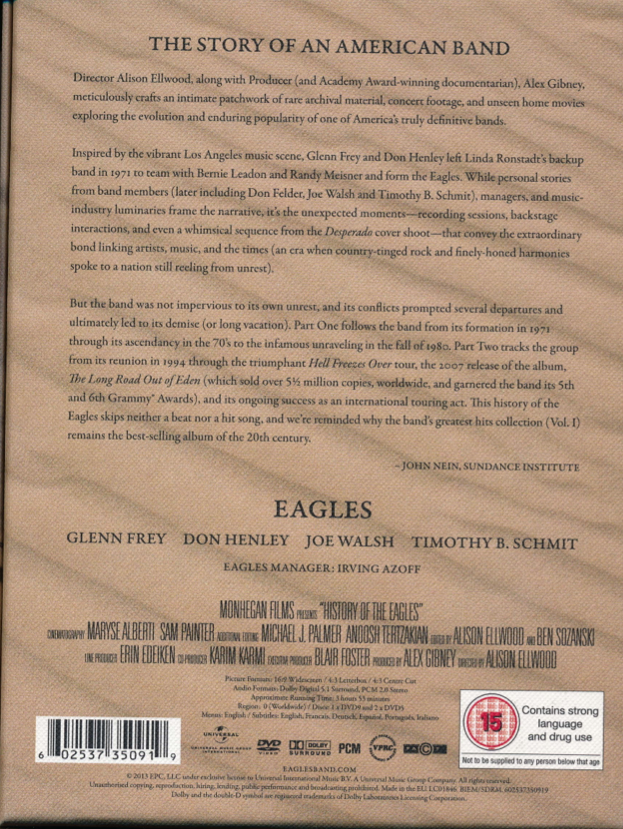